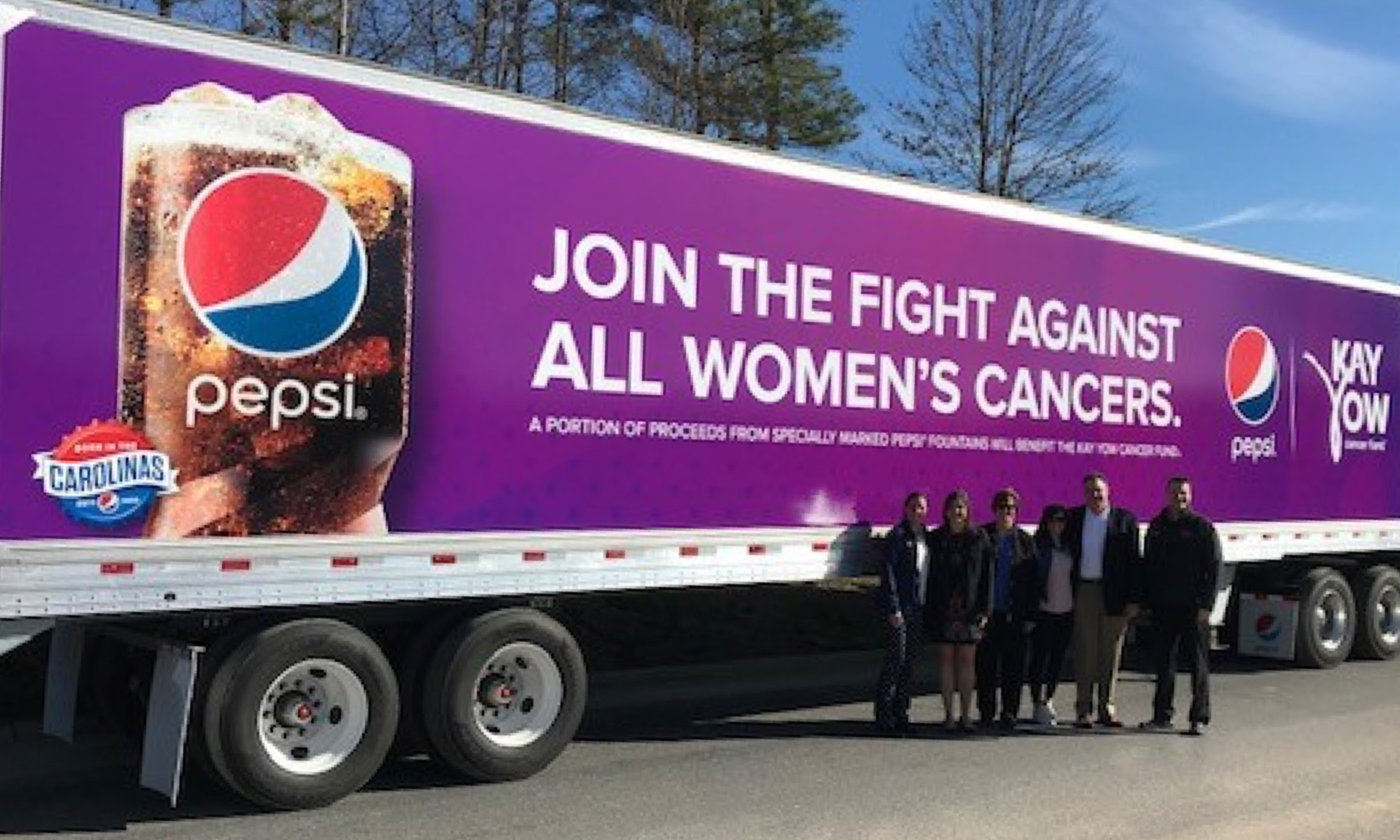 Drinking Pepsi is the latest way to join the fight against women’s cancers. Pepsi Bottling Ventures recently launched a partnership with the Kay Yow Cancer Fund, installing 10 purple, custom fountain machines — and growing — in North Carolina that direct a portion of sales back to the Fund. To promote the initiative, we designed a PBV/Kay Yow-branded delivery truck to transport products across the state.

The Kay Yow Cancer Fund was established in 2007 by Kay Yow, the late head coach of the NC State University women’s basketball team, in partnership with the Women’s Basketball Coaches Association and The V Foundation for Cancer Research. Her career as a college head coach spanned 38 years and 700 victories, as well as winning the inaugural Jimmy V ESPY Award for Perseverance. Her continual battle against breast cancer spanned 22 years.

Her vision with the Kay Yow Cancer Fund is similarly uplifting: to connect coaches, players and the women’s basketball community across the country to a greater cause beyond the basketball court.

Although Yow passed in 2009, the Fund continues to support women fighting cancer by funding research and providing assistance to the underserved. To date, the Kay Yow Cancer Fund has awarded $7.53 million in the fight against ALL cancers affecting women.

Learn more about how you can join us in supporting the Kay Yow Cancer Fund here.

My staff and my team, they had a mindset of ‘I will,’ not ‘I’ll try.’
— Kay Yow Late head coach of NC State University women’s basketball
Like this story